It may surprise some policy-makers to hear it, but the best way for government to use its financial resources to improve population health in a developed country is to spend more on social services rather than on health care.

Models using data from the United States, Canada, and across the 36 countries of the Organization for Economic Cooperation and Development (OECD) all show similar trends: a dollar spent on social services has a higher rate of return – compared to a dollar spent on health care – for achieving outcomes like longer life expectancy and lower mortality rates from preventable or treatable causes. Even deaths attributable to highly behavioral factors, such as diabetes or alcohol, appear to diminish as a consequence of more spending on social services.

In short, it is crystal clear that focusing more attention and resources on the Social Determinants of Health and Well-Being (colloquially, where we live, work and play) yields better outcomes in almost every way. Notwithstanding the evidence, however, health care spending dominates the way that the public and policymakers think about population health in most countries.

The Social Determinants of Health and Well-Being will be the subject of the second presentation in the Deeper Dive Webinar Series from the National Interoperability Collaborative (NIC). It’s titled “Knowledge from the North,” and will feature two of the Canadian researchers who conducted the study discussed in this blog, as well as other subject-matter experts. Learn more about the webinar and register here.

In the years prior to enactment of the Affordable Care Act (ACA), a consensus emerged in the U.S. that escalating health care outlays were among the most serious policy challenges faced by the country’s government, businesses and families. Total health spending at the time had reached 17.3 percent of GDP, higher than in any other modern economy. Yet it was generally agreed that Americans did not receive great value back from their investment, considering the health status of the population and the difficulty of assuring good access to care for millions of people.

The escalation of these costs is a huge concern for many reasons, but it is not a uniquely American problem. Indeed, the need to lower these expenditures is shared by public and private payers in many countries, including Canada. As noted in an OECD report, “Healthcare costs are rising so fast in advanced economies that they will become unaffordable by mid-century without reforms.”

Against that backdrop, a group of researchers at the School of Public Policy at the University of Calgary studied Canada to see if a country with a publicly funded health care system could benefit from additional social spending versus health spending. Each Canadian province publicly reports spending on the health and social care systems (both of which are provincial, not federal, jurisdictions). We assembled that data from historical documents.

We took 31 years of provincial-level spending and overall budgets, demographics and macroeconomic variables – such as the unemployment rate – to build a model of how variations in spending allocations impact population health changes. Canada and the U.S. are comparable in that sub-national units (provinces and states) have jurisdiction over public health and social spending and, in both countries, the same relationship between social and health spending holds with population health outcomes.

In our study, we provide evidence that shows the ratio of social spending to health spending has an association with major population health outcomes in Canada. Important measures like life expectancy and potentially avoidable mortality appear to respond to social spending more than to health spending. Our conclusion: Governments trying to make the most of scarce resources could improve the health of their people by skewing more spending toward social services.

In Canada’s biggest province, Ontario, for example, we suggest that increasing the ratio of social-to-health spending by one cent for each dollar spent on health would have led to improvements in life expectancy of 5 percent per year and avoidable mortality of 3 percent per year. That redistribution would have been of less than 1 percent of the total health budget.

This matches state-level research from the United States. In both countries, spending on health care as a proportion of GDP is rising (in line with OECD country trends), while social spending has not seen the same increases. It is important to note that researchers – and countries – treat social spending differently. Education spending is included as social spending in the U.S. studies, but not in the Canadian. Further, other measures (ex., minimum wage legislation) might generally be considered to be part of social policy, but they are not included as such in government spending.

With or without the ACA, sub-state stakeholders in the U.S. are taking action. Hospital networks, in particular, have identified that investments in social care (e.g., housing) decrease the health care needs of their patients. Unfortunately, governments have been slower to appreciate the benefits of greater social spending; they tend to treat it as a cost, an outflow of money to solve a hopefully temporary problem. This phenomenon is known as the “wrong pockets problem.”

Researchers have suggested that an exclusive focus on health care expenditures in the discussion on how to institute reforms is misleading. Their argument, backed by comparative data from 30 industrialized countries, is that the total amount spent on both health care and social services programs explains the variance in health-related outcomes. These findings have been confirmed by additional studies using other international comparisons.

The good news is that a consensus is developing that the Social Determinants – not health care per se – are the greatest influencers of health outcomes, and most governments have begun to acknowledge that reality. The bad news is that this growing understanding hasn’t yet translated into significant policy changes on the ground. The stakes here are high. They are people’s health. Our research points to a path that Canada, the U.S. and other developed countries can follow toward a healthier future for their populations. Our hope is that they will indeed take it. 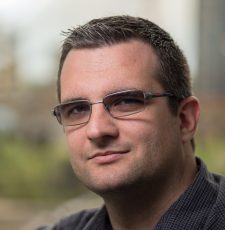 Daniel J. Dutton is completing a two-year term as a Post-Doctoral Scholar at the University of Calgary’s School of Public Policy. In January, he is taking a new position as Assistant Professor at Dalhousie University’s Department of Community Health and Epidemiology.

His current research falls into three general categories: social and health economics, applied policy, and computational epidemiology. Most of his work is quantitative, utilizing large data sets and modeling strategies from economics and epidemiology. His primary interests are population-level exposures and their impact on poverty and health, how governments can address those exposures, and the distributional impacts of addressing those exposures. Currently that work focuses on homelessness, housing, and governmental policy. He also has an interest in methodological practice, including how research is done in applied epidemiology and the questions researchers answer.

He has taught or currently teaches econometrics, statistics, epidemiology, and population health classes and served on the City of Calgary’s Calgary Equity Index working group. Dan completed his Ph.D. in Community Health Sciences with a specialization in Population and Public Health at the University of Calgary in 2014, his other degrees are in economics from Calgary (MA) and Queens (BAH). Prior to his Ph.D. Dan worked for a short time in the Ontario Ministry of Finance. 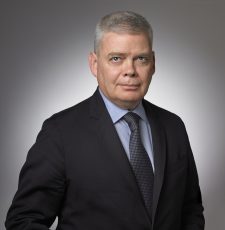 Prior to joining the School of Public Policy in 2016, PG Forest was Director of the Institute for Health and Social Policy at Johns Hopkins University and a Professor with the Bloomberg School of Public Health. From 2006 to 2013, he was president of the Pierre Elliott Trudeau Foundation, a Canadian granting institution that encourages innovation in policy. In 2003, PG Forest was appointed to the G.D.W. Cameron Visiting Chair before becoming Assistant Deputy Minister and Chief Scientist (2004-2006) with Health Canada, the federal department of health. In 2001, he had joined the Commission on the Future of Health Care in Canada where as Director of Research, he was responsible for the evidence produced and used by the Commission and contributed directly to its publications.

Dr. Forest spent the first part of his academic career at Université Laval, in Quebec City, where he was Professor of policy analysis and public administration with the department of political science (1990-2007). He is the author of more than a hundred and fifty scientific papers and books; among others, notably: Changing Health Care in Canada (Toronto, 2004) and Paradigm Freeze (Toronto, 2013).

The National Interoperability Collaborative is a “community of networks” designed to promote greater information-sharing, interoperability, and collaboration in human services, public health, health IT, education, public safety, emergency response, and other relevant domains related to and including the Social Determinants of Health and Well-Being.